I heard the pregnant mom on the phone say, “I get this miserable feeling at night with my legs. I feel this constant urge to move my legs and it feels like ants crawling all over. It only happens at night and I just cannot rest like I want to. What can I do?”

Although I haven’t had many calls like this in my years with MotherToBaby, every now and then I get a call with a mom describing this condition with her legs and how miserable it makes her. She’s trying to get a good night’s sleep for the sake of her baby but this condition makes that impossible. Totally frustrating!

RLS, also known as Willis-Ekbom Disease (WED), is a common sleep disorder that affects 5-15% of the US population with women being affected twice as often as men. Although not limited to pregnancy, RLS is commonly associated with pregnancy with approximately 10-34% of pregnant women experiencing RLS.

RLS is associated with an unpleasant feeling in the legs that tends to get worse in the evening (especially at bedtime) and produces an overwhelming desire to move your legs. The movement of your legs or massaging them relieves the sensation to move. As you can imagine, this is quite disruptive when you are trying to get a good night’s rest, which is so important during pregnancy. Pregnancy is considered to pose an increased chance for developing RLS, and the symptoms appear to be the most intense during the last three months of pregnancy. When RLS occurs for the first time during pregnancy it is considered secondary RLS, compared to idiopathic RLS (a condition with an unknown cause). Fortunately for most women who experience RLS in pregnancy, the symptoms disappear soon after birth. Yet for some women the symptoms can last for weeks after childbirth. And depending on when the symptoms start, it can be a long time for a woman to experience many restless nights before any relief is seen.

I would just like to say to any woman who has experienced this during pregnancy, you have my deepest sympathies because this sounds very unpleasant.

So what is a pregnant woman to do?
The first thing to do is to have a conversation with your doctor or nurse. These are the four criteria that need to be met for a diagnosis with RLS:

RLS needs to be properly diagnosed because other conditions that can mimic it must be ruled out. For example, nocturnal leg cramps (i.e., occurring at night) are painful but unlike RLS, moving the legs will not relieve or improve symptoms. Similarly, hypnic jerks are uncontrolled twitches that occur just when a person is falling asleep, but unlike RLS, they are not linked with a desire to move the legs and movement does not improve the symptoms.

What is the cause of RLS in pregnancy?
The answer to this remains unclear. Many hypotheses have been generated and not one agent appears to be solely responsible for RLS during pregnancy.

The most common suspected causes have been associated with folate, iron, and ferritin levels. There is data suggesting that pregnant women suffering from RLS have lower folate levels than women who do not have RLS, but the results have not been consistent. The same is true regarding iron deficiency and low ferritin levels. There have been some results that showed improvement with iron supplements, but there have also been cases where taking these supplements made little improvement. Also, improvement of symptoms after childbirth have not been linked to iron or folate levels. (Note: Glossary for underlined words are at the end of blog)

Another suspect has been Vitamin D. Low levels of Vitamin D are not uncommon in pregnancy and this can affect dopamine activity. Dopamine is a neurotransmitter (a chemical in the brain) in the brain that helps regulate movement (among other things). Since we are dealing with pregnancy (a time when a woman experiences hormonal changes), hormones have also been considered as a cause, especially because the symptoms of RLS disappear for the majority of women after childbirth when hormone levels return to normal.

Other factors that can increase the chance of RLS are a family history of this disorder, having RLS in a previous pregnancy, smoking and caffeine exposure, and inadequate blood flow through veins of the body.

What can be done to manage symptoms?
Helping pregnant women to manage their symptoms is important because the lack of sleep, fatigue and sleepiness in the daytime can impact mood and your general sense of well-being. In addition, there are concerns that dealing with RLS can increase pregnancy complications including prolonged labor, preeclampsia, and a difficult delivery. The data is not strong in these areas and further research is needed.

Treating RLS can reduce the level of stress for the pregnant woman. Avoiding RLS triggers may help; this includes smoking (which in general is not recommended for a healthy pregnancy), caffeine, and medications that lower dopamine action in the body (like older antihistamines). Conservative treatments include massage and stretching the legs, wearing elastic compression stockings, taking warm baths and moderate exercise on a regular basis. If there is an iron and folate deficiency, supplements can be taken to increase levels, or in extreme cases supplementation by IV for increased iron levels. If these conservative measures have failed, then treatment with medications can be considered.

There are various medications for consideration like certain antiepileptics, benzodiazepine, dopaminergic (certain medications used in the treatment of Parkinson’s disease) , opioids (for the most severe cases) and blood pressure medications; each has its positives and negatives. It appears that clonazepam (a benzodiazepine) and clonidine (a blood pressure medication) are the most favorable but neither one is risk-free. If medication is needed, the goal is to use the lowest dose for the shortest amount of time possible. Talk with your health provider about medication options for RLS, and feel free to contact a MotherToBaby specialist for a summary of what is known about these medications when used in pregnancy.

Overall, it is not uncommon for pregnant women to experience sleep disorders during pregnancy and RLS is one of them. It can occur for the first time during pregnancy and symptoms can increase with each stage of pregnancy. Women who have had a family history, had multiple pregnancies, a previous pregnancy with RLS and low levels of some key vitamins and nutrients have a higher chance of experiencing RLS during pregnancy. For the majority of women the symptoms disappear after childbirth, but depending on the severity of symptoms and stage of pregnancy, waiting for childbirth may be unbearable. Fortunately, there are some conservative measures that have helped and, when all else has failed, there are medications as options for treatment. It is important to get a good night’s rest, so pregnant women should discuss the matter with their doctors for proper diagnosis and appropriate treatment; and then who knows, maybe you can just “sleep in heavenly peace”.

Wishing you a healthy holiday season and a very “silent night.” 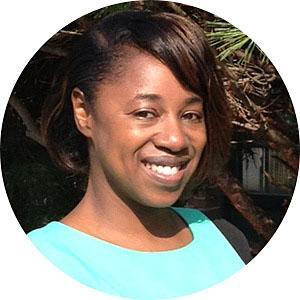 Patricia Markland Cole, MPH, is the Program Coordinator for MotherToBaby Massachusetts. She obtained her Bachelor’s degree in Biology from Simmons College in Boston and her MPH in Maternal and Child Health from Boston University School of Public Health. She has been the serving the families of New England as a teratogen counselor since 2001 and provides oversight for the day-to-day functions and outreach of the program. She has also provides education to graduate students and other professionals.

MotherToBaby is a service of the Organization of Teratology Information Specialists (OTIS), suggested resources by many agencies including the Centers for Disease Control and Prevention (CDC). If you have questions about exposures during pregnancy and breastfeeding, please call MotherToBaby toll-FREE at 866-626-6847 or try out MotherToBaby’s new text information service by texting questions to (855) 999-3525. You can also visit MotherToBaby.org to browse a library of fact sheets about dozens of viruses, medications, vaccines, alcohol, diseases, or other exposures during pregnancy and breastfeeding or connect with all of our resources by downloading the new MotherToBaby free app, available on Android and iOS markets.

Folate is water-soluble (can dissolve in water) and must be taken in every day. Not enough folate can cause anemia (a condition in which the number of red blood cells is below normal), diseases of the heart and blood vessels, and defects in the brain and spinal cord in a fetus.

Ferritin is a protein in the body, especially found in the bone marrow, spleen, skeletal muscles and liver. It is responsible for storing iron in the cells. By binding with iron, ferritin is decreasing the toxicity of iron and enables its transport.

Dopamine is one of the brain’s neurotransmitters—a chemical that ferries information between neurons. Dopamine helps regulate movement, attention, learning, and emotional responses.