Being pregnant can be stressful enough without worrying all the time about things like “can I bake with poppy seeds?” Or “can I drink tea with peppermint?” Recently I had a caller tell me that “it seems like every time I turn around, there is something else that either I should not cook with or drink in a tea during pregnancy. What about when I am breastfeeding? Help!” As a specialist who answers questions about exposures during pregnancy and breastfeeding, I hear these kinds of questions all the time.

Let’s explore some of the spices and herbs that are not recommended for frequent use during pregnancy and breastfeeding. Many of these items can be used in different ways, such as in baking, to flavor candy, as spices in foods, toppings on salads, or as part of herbal teas. To clarify, the difference between a spice and an herb is that herbs have to have a green leafy part and are mainly used for flavoring. They are also used as a garnish in cooking or salads. Spices, on the other hand, come from a variety of things such as dried roots, nuts, dried fruits and vegetables, or even from bark. Some spices are used for flavoring, while others are used as food preservatives or to give food color. If you use these herbs and spices once in a while as flavoring in your food and drinks, that is OK. The concern is when you consume these items every day or most days.

Poppy seeds come from the poppy plant and are often used in foods such as bagels, pastries, cakes, and salad dressings. The seeds are washed and processed before use and eating small amounts now and then as part of a food dish or baked item is not known to be a risk during pregnancy or breastfeeding. However, the outer surface of the poppy seed does contain small amounts of morphine and other opiates such as codeine. When poppy seeds are used to make tea, the drugs can seep into the water when the seeds are soaked. Poppy seed tea should be avoided during pregnancy and breastfeeding for this reason.

Who hasn’t had nutmeg floating on top of a latte or a cup of hot apple cider on a cold day in the winter? Nutmeg is a ground spice that comes from the seed of a dark-leaved evergreen tree. Nutmeg is also used in many different baked goods and with vegetables, specifically going well with squash dishes. Eating a little nutmeg as a spice in food does not have a known increased risk during pregnancy or breastfeeding. But high levels of nutmeg can also be used as a recreational drug as it contains myristicin, which has mind altering hallucinogenic effects. The myristicin isolated from nutmeg oil can be used to produce synthetic amphetamines. Also, in the past, nutmeg was used in folk medicine to induce abortion. Because of this, high level exposure should be avoided in pregnancy and breastfeeding.

One of my favorite herbs is rosemary! It is easy to grow and widely used as a seasoning in soups, salads, vegetable dishes, and with chicken and fish. Rosemary grows as a large evergreen shrub. The small evergreen “needles” are used in cooking, while the oil is used in folk medicine for digestive problems and to treat headaches. The concern comes when ingesting large amounts of rosemary, which can stimulate menstruation and increase the risk for miscarriage. Due to this reason, using rosemary for medicinal reasons or frequently on your skin is not advised during pregnancy. Rosemary also contains camphor. When taken orally in high amounts, camphor can act as a poison.

Lastly, I want to talk about garlic, a favorite for many people. Is it an herb or a spice? Even though garlic is widely used as both an herb and a spice, it is really a root vegetable. I still want to include it in this blog due to its widespread use as a spice. Garlic is popular in pasta dishes, in garlic butter and on garlic toast, and in many dishes such as stews and soups! Additionally, garlic is high in vitamins B6 and C and is also high in calcium, so it’s often taken as an oral supplement. Yet taking high levels of garlic can increase the risk for bleeding as garlic contains alliin, which acts as a blood thinner in our bodies. During pregnancy, this can lead to an increased risk for miscarriage. Avoiding high levels of garlic during pregnancy is advised. Even topical use of garlic on your skin is not advised as it can cause dermatitis and burns. When breastfeeding, eating garlic can change the taste of the milk and babies may not like it. Garlic use can also increase the chance for gas and colic in some babies. 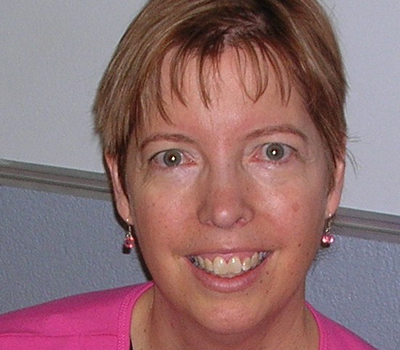 Lori Wolfe, CGC, is a board certified Genetic Counselor and the Director of MotherToBaby’s North Texas affiliate. MotherToBaby aims to educate women about medications and more during pregnancy and breastfeeding. Along with answering women’s and health professionals’ questions regarding exposures during pregnancy/breastfeeding via MotherToBaby’s toll-free number, text line and by email, Wolfe also teaches at the University of North Texas, provides educational talks regarding pregnancy health in community clinics and high schools.